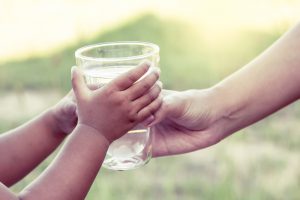 Soon after a chemical spill flowed into Tinker Creek in Roanoke in late July, decimating aquatic life and threatening drinking water, journalists were on the phone or in the studio with Ted Puzio, owner of Southern Trust Home Services. They wanted his expertise in helping viewers or readers understand the potential threat to their health and what they could do to protect their families. Southern Trust has provided the Roanoke Valley with expert HVAC, electrical, plumbing and water-quality service for at least 20 years.

This particular spill involved an agricultural chemical that leaked from a punctured storage tank. It killed thousands of fish and aquatic insects and concerned nearby residents who draw water from wells. It was ultimately determined there was no immediate threat to human health or water supplies, but Puzio urged caution in the early hours after the spill. While no one was reported injured or sickened by the spill, Ted’s call for caution and ways to address the spill could serve as a template for virtually any similar disaster.

Here is the expert advice he shared with thousands of residents of the Roanoke area. The insight is worth saving should a similar water-quality problem spring up near you in the future.

The experts at Southern Trust can test your water, check your pipes, install filtration systems and put your mind at ease. Call 540-427-7311 today for an appointment.