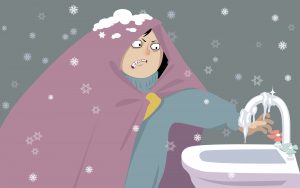 It’s not the ice; it’s the pressure that can burst your pipes.

When temperatures dip well below freezing in the Roanoke Valley, Southern Trust promptly responds to dozens of frozen pipe calls, but there are some steps homeowners can take ahead of time to mitigate the risk.

Water expands when it cools and freezes, of course, but when pipes burst open in cold weather, that’s a function of the air pressure that builds in unfrozen portions of the pipe. And that can result in an expensive, sodden mess.

Homes in the South face the biggest risk for frozen pipes. It is more temperate than northern climates, and pipes are often run through attics, exterior walls, crawl spaces and other typically under-insulated places. But when the temperature drops below 20 degrees, a relatively rare or typically short-lived weather event in the South, those pipes can freeze and burst, and it comes time to pay the piper.

Here are five tips to keep pipes from freezing, and keep plumbers at bay:

Pipes can still freeze and burst despite precautions. If you turn on your faucet and no water comes out and it’s frigid outside, it’s likely your pipes have frozen. Turn off the main water supply to your home and contact Southern Trust immediately. We can respond 24/7 to thaw your pipes and prevent bursting. If your pipes burst, you will have plenty of problems. Make sure we get there first. 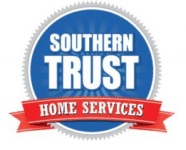